The Tolowa Dee-ni' Nation was established in 1908 and was the largest Reservation in the State of California, consisting of 160 acres. During termination, we lost all but a few acres of land, which consisted of an offshore rock, a cemetery, and a church. Today the Tolowa Dee-ni' Nation consists of over 950 acres of tribal-owned land and has over 1900 Tribal Citizens.

Dan'-taa-dvn (Del Norte County) is located in the heart of Taa-laa-waa-dvn (Tolowa Aboriginal Territory) on the most northwestern corner of present-day California. Tolowa Dee-ni', the original peoples of this area, have close ties with the other Dene (Athabaskan)-speaking Tribal Nations along the southern Oregon coastline such as, Upper Umpqua, Lower Rogue River, Coquille and Chetco. The state border that distinguishes California and Oregon is not recognized by the Tolowa Dee-ni' as it runs right through Taa-laa-waa-dvn. The Taa-laa-waa-dvn of the Tolowa Dee-ni' encompasses over one hundred (100) miles of coastal shoreline and approximately 2.87 million square acres of land and an undefined acreage of marine waters in northern California and southern Oregon. The aboriginal territory of the Nation encompasses the area of Daa-ghestlh-ts'a' (Wilson Creek) to the South, Ts'aa-xwii-chit (Sixes River) to the North, East to Taa-xuu-me' (Applegate watershed) in the Coastal Range, and West to the Pacific Ocean horizon, all sea stacks including Point St. George Lighthouse, and all usual and accustomed places. These lands constitute our place of origin and our continued habitation and occupancy, demonstrated by the ancestral villages of our people within these boundaries. 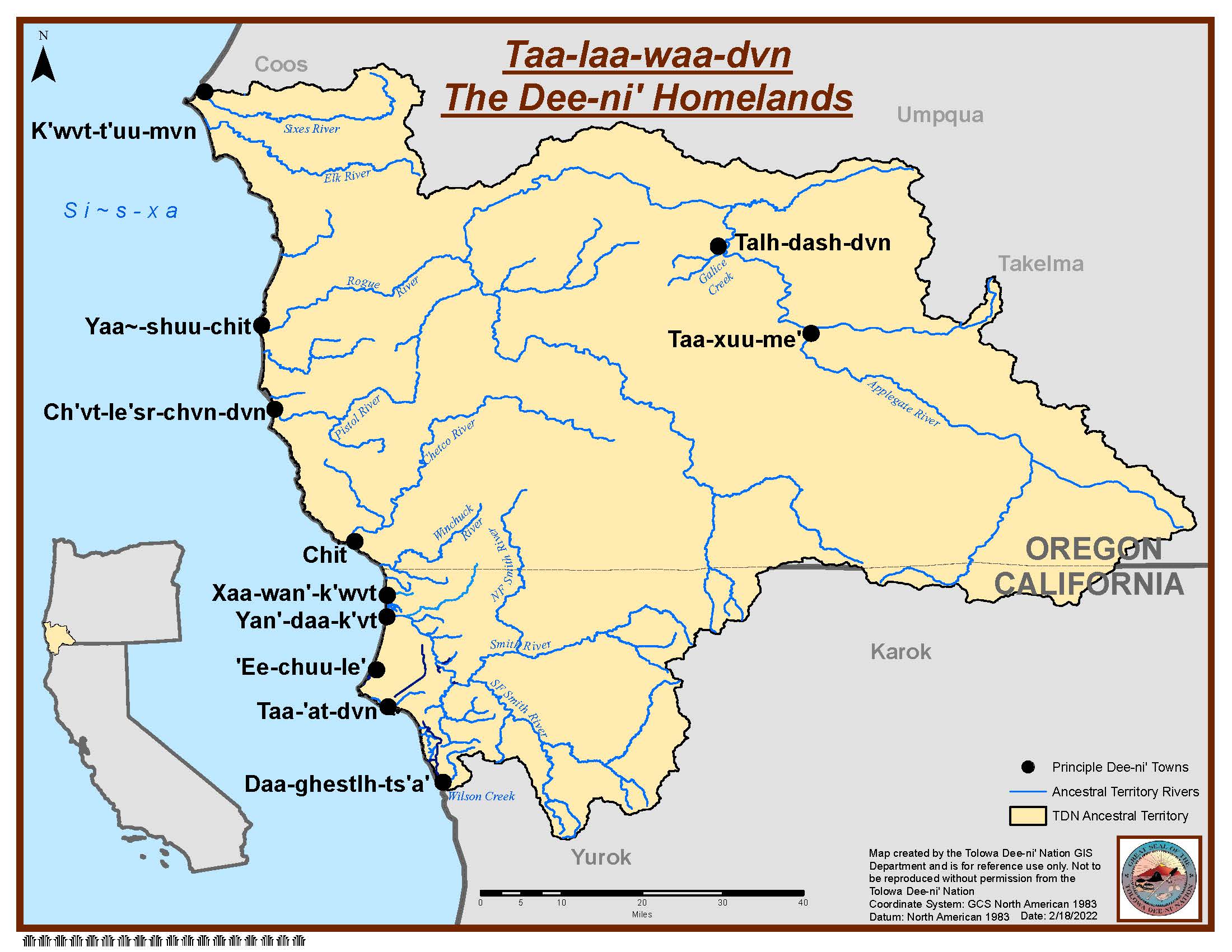 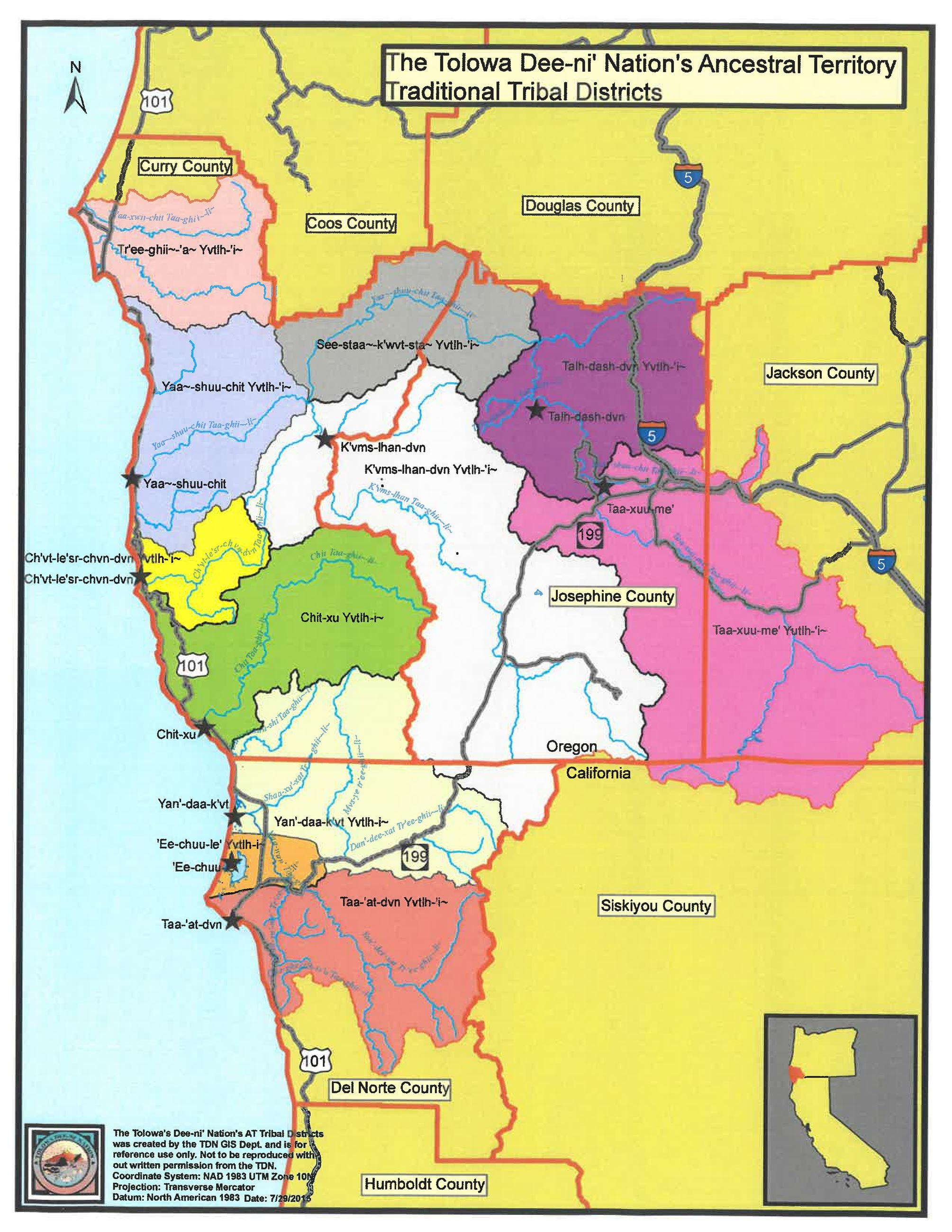 The aboriginal territory of the Nation was comprised of eleven (11) traditional districts, known as Yvtlh-'i~ in Tolowa Dee-ni' Wee-ya'. Traditionally, each district was governed by a xvsh-xay-yu’ (headman) who was responsible for making decisions that would best serve the district.

The xvsh-xay-yu’ was usually the wealthiest and most respected man of the district. Wealthiest, meaning that he also was responsible for the care of his yvtlh-‘i~. Displays of physical wealth, as well as our spiritual, cultural and natural attributes of a healthy and thriving yvtlh-‘i~. Governing for and with all the people to live healthy and balanced lives together. There were strict and direct protocols and practices that demanded attention as it relates to every institution (land, water, food, people) which embodies our worldview as Indigenous peoples yet today. Strong hearts and courageous leadership were the driving characteristics of a xvsh-xay-yu’